Need To Do LED Lighting?

Our experienced team member ready for your call. 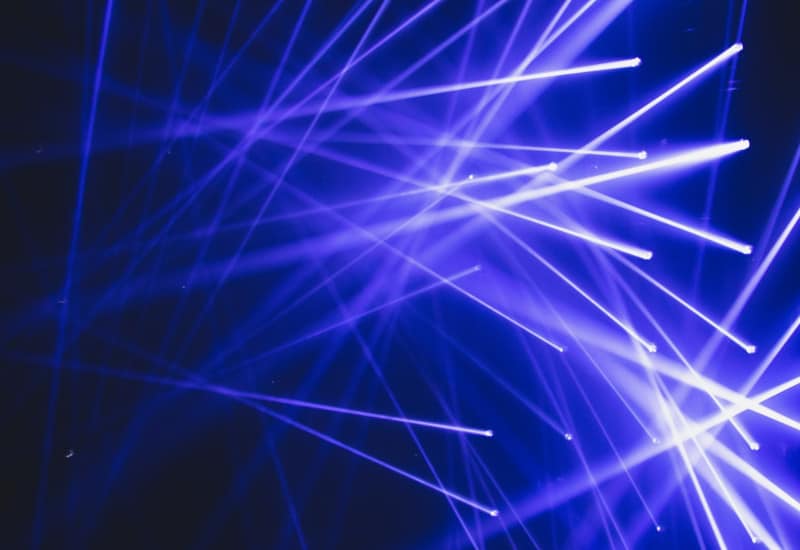 LED Lights Help You Save

It might not seem like LEDs are going to be a lucrative switch, but LEDs are more of a long term investment. So, while the upfront cost might be a little higher, the payback time is worth it. A $15 spending on a 60-Watt equivalent LED bulb will be paid back within a couple of years and a huge amount of energy you will save. Swapping out to lightbulbs with LED ones, is predicted to reduce the amount of energy consumption 70-90%.

LEDs are way better for the environment than their incandescent forefathers. LED lighting converts 95% of energy consumed into light, unlike incandescent bulbs, which convert only 10% of energy for light and 90% of energy remaining is wasted as heat.

LED Tubes – Type A, Type B and Type C

These are tubes that work with the existing ballast of the fluorescent fixture. Let us state one item very clearly. It works with most ballasts (but not all ballasts). There are still some old ballasts on the market and not all of them have been tested with the LED drivers inside these tubes. So it is always a good idea to test a companies tubes in your fixtures before you do a major purchase. Also, it is not uncommon for a company to have many different ballast types in their fixtures. Sometimes the tubes will work with 98% of their existing fixtures, but not all. What can you do? There are 2 options. First option is to replace the ballast to one that will work. The second option is to consider a hybrid tube (see below)

Please note. The fluorescent ballast is still a point of failure. At some time in the future, the ballast will fail. So even though you may think you are going to save on installation using these tubes, they will eventually force you to replace the ballast.

Ballasts consume energy. You will get the benefit of using less power with the LED tube, but the ballast still consumes power (ballast draw), so your savings won’t be as great as if you switch over to a tube that does not use a ballast. However, the power draw should be very little.

All LED bulbs use drivers that power the LEDs. They perform the function of converting AC power from the utility company into DC power. LED Lights run on DC power. Some LED Tube manufacturers incorporate the drivers inside the tubes. These tubes are call Type “B” LED Tubes.

A Type B LED Tube comes in two varieties, Single Ended Power and Double Ended Power. Single Ended Power (SEP) tubes take power at only one end of the tube. It uses an unshunted tombstone to power it. The other end is just a dummy end. On the power end, there are two pins. One pin takes line power, the other pin take neutral.

Double Ended Powered (DEP) means you send power to each end. This is similar to how fluorescent tubes run. In the case of LED Tubes, you send line to one end and neutral to the other end. Typically it does not matter what end is wired to line or neutral, but check with the manufacturer’s instructions to make sure.

Most important in this installation, the ballast is removed or bypassed. AC Power is sent directly to the tube. So although installation is more involved, you have permanently removed the ballast from the fixture.

In this installation, the fluorescent ballast is removed and the driver is installed in the ballast location. All the wires are connected the same, with DC + going to one end and DC – going to the other end.

There are many advantages to this design. First, it is very safe. Low voltage DC power is sent down to the lamp holders. Second, if the driver ever fails, you can replace the driver. However, this also tends to be the most expensive of the 3 solutions. External LED drivers are not cheap.

A Hybrid LED tube is a combination of Type “A” and Type “B” tubes. This is a tube that can (may) work with the existing fluorescent ballast, or can operate without the ballast. This is an excellent choice for those installations that want to use the fast installation method using the ballasts but have a backup plan if the ballast is not compatible. Some of the more clever designs allow the tube to be both SEP or DEP. Our Hybrid tube is one of those clever designs. 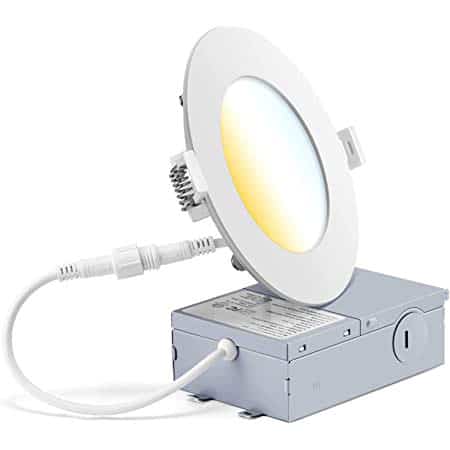 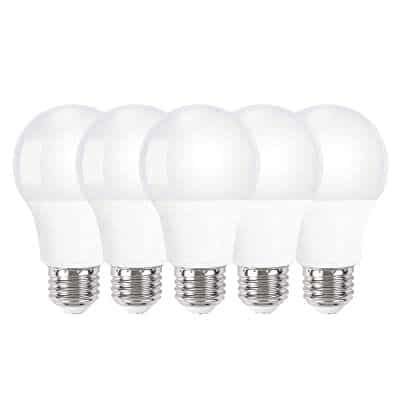 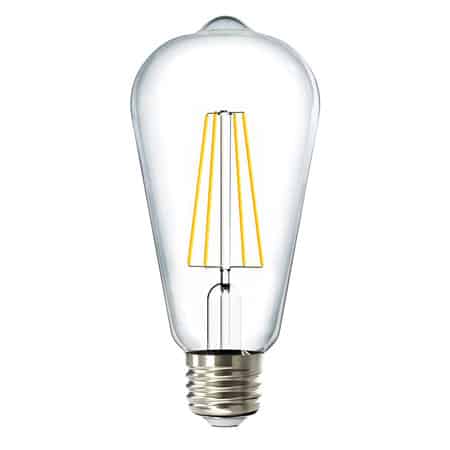 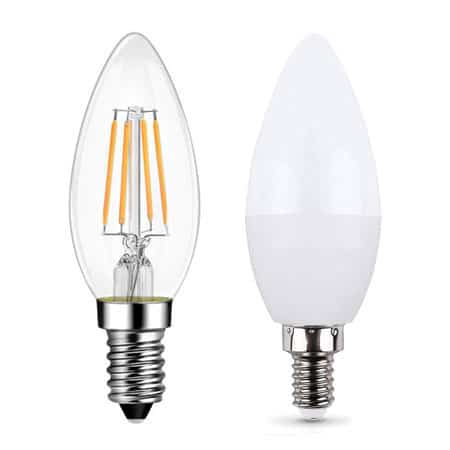 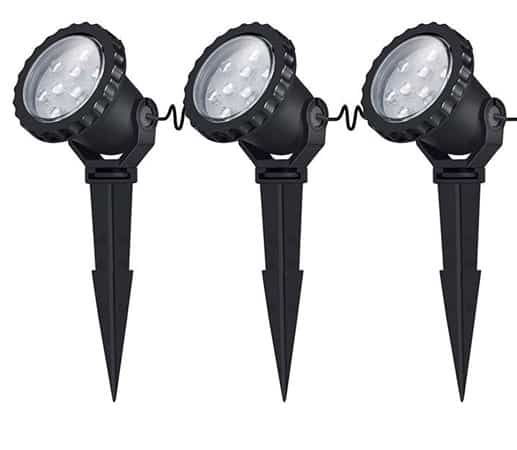 Most Frequent Questions and Answers

How Does Using LED Lights Save Energy?

Most of the energy that LED s consume is used to produce visible light, rather than heat. LED s emit little infrared and ultraviolet radiation and can consume substantially less electricity than other light sources.

Can I Leave My LED Strip Lights On All Night?

Do LED Strip Lights Cause Cancer?

LED Lights have not been found, in any studies, to cause cancer. The main cause of cancer in any light source seems to come from exposure to UV radiation and hazardous chemicals that may be found in incandescent and fluorescent light bulbs.

When you see a label say “100-Watt LED equivalent” that does not mean that the bulb actually uses 100 Watts, it means that it produces an amount of light equivalent to a 100-Watt incandescent bulb.

Is It Normal For LED Lights To Glow When Off?

LED bulbs vary in quality so a poor quality bulb may glow, flicker or buzz when switched off. … You may also find that there is a problem with electricity circuit and not the bulbs. Some light switches will let through electricity residue even when the switch is off.

Can I Put LED Bulbs In Halogen Fittings?

Installing LEDs in halogen fittings can cause a few problems with your new lights. To get the maximum benefit from your new LED downlights, have an electrician check your circuits and fittings to ensure they are compatible with the lower-wattage LEDs.

LED lights do not emit light from a vacuum as most other bulb types do. … Overheating is one of the reasons a bulb could start a fire, but that is highly unlikely to happen with LED lights. They may feel hot to touch, but they produce light at a significantly lower temperature than other bulbs.

LEDs boast a general life expectancy of 50,000 hours. This equates to around six years of continuous use. Over time, LEDs slowly and gradually lose their light output and 50,000 is the number of hours it generally takes for LED lights to diminish to 70% of their original light output.

In most cases, when you turn a standard dimmer off, the electronics inside do not receive any power. … This tiny bit of current can cause this bulb ghosting phenomenon. Most LEDs are now designed to ignore this small amount of current, but some are more sensitive than others.d settings.

Can You Put An LED Bulb In Any Fixture?

LEDs can be used in any light fixture, as long as it’s not enclosed or air-tight, and is not an old-style dimmer system. Both these will shorten the lifespan of LED bulbs.

Is It Safe To Leave LED Lights On For A Week?

Well-manufactured LED lights are extremely long-lasting and can be left on 24 hours, 7 days a week. This is because, unlike conventional types of light, LEDs produce minimal amounts of heat, which means they are unlikely to overheat or set on fire.

Does LED Light Get Hot?

Yes, new technology LED lighting can and will get hot, but when compared to the lighting of the past, temperatures are much safer. The heat from the lighting will also warm your surrounding environment but in comparison to old incandescent lighting, this ambient heat is greatly reduced when using LED lighting.

Why Do My LED Lights Burn Out So Fast?

The most common reasons for LED blowing out are high voltage, bad contacts, use of incompatible dimmer switch, or recessed lighting. Other causes include overheating due to not using the right fixtures, or simply a bad batch of lightbulbs!

What LED Light Color Is Best For Your Sleep?

A red light color is best for sleep because it has a low color temperature, far lower than regular sunlight. Avoid looking at bright screens beginning two to three hours before bed.

Why Is It Not Good To Sleep With Red Lights On?

What Is The Principle Used In LED?

A light-emitting diode (LED) is a semiconductor light source that emits light when current flows through it. Electrons in the semiconductor recombine with electron holes, releasing energy in the form of photons.

How To Choose The Right Light Color?

Does Turning LED Lights On And Off Shorten Their Life?

The operating life of a light emitting diode (LED) is unaffected by turning it on and off. While lifetime is reduced for fluorescent lamps the more often they are switched on and off, there is no negative effect on LED lifetime.

How Do I Convert Fluorescent Light Fixture To LED?

What Is The Equivalent Wattage For LED Bulbs?

Do I Need To Remove Ballast For LED Lights?

LED technology does not require a ballast to regulate the amount of energy flowing to the lights. LED’s require less energy and can be sensitive to excess energy. … Additionally, removing the ballast will reduce energy usage and result in even great cost-savings as ballasts continue to draw more power than necessary.

Can I Put LED Bulbs In A Fluorescent Fixture?